Parliament-Funkadelic will be in Boston at the House of Blues on Saturday, February 14. 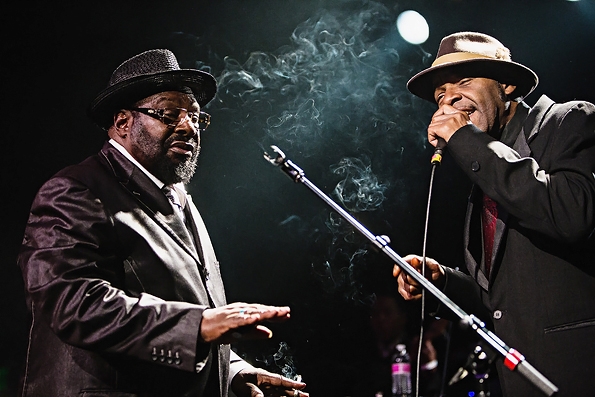 George Clinton with vocalist Steve Boyd at Showbox at The Market in Seattle, Wash. in 2013. (This great photo is by Mat Hayward and was found at seattlemusicinsider.com.)

George Clinton is one of the greatest innovators of urban based soul, rock and funk over the last forty years.

Now George has created his own label, The C Kunspyruhzy that will release George’s first studio album in ten years, followed by solo recordings by individual members of the P-Funk empire. Clinton also plans to release a collection of Parliament-Funkadelic, and P-Funk All Stars live recordings gleaned from board tapes. Called the Uncut Funk Series, the live CD’s will incorporate some of the best shows over the past thirty years and will be augmented with superior graphics and extensive liner notes. “We got four generations of fans out there who keep bugging me to get these live shows out there, and now’s the time,” George says. “I’ve seen what the Grateful Dead have been doing with their archives, as well as bands like Pearl Jam, and I figured it was time to show the world what the funk is all about.” 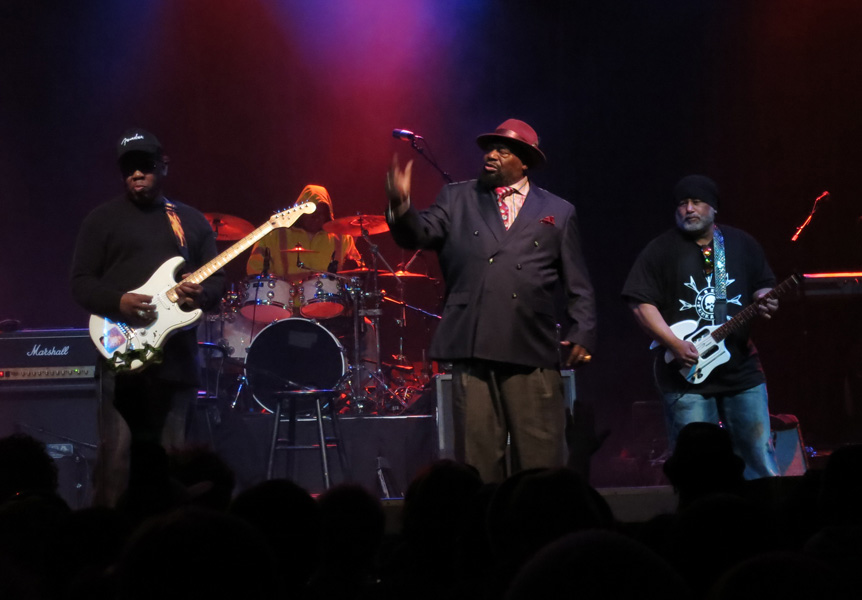 Clinton has been showing the world what the funk is for fifty years and his career mirrors musical trends from doo wop to hip hop. While growing up in New Jersey, George was a teen age fan of Frankie Lyman and the Teenagers. After seeing them perform at a talent show, he decided it was time to get up and do his thing. First as the founding member of the Parliaments, Clinton started recording doo wop sides in the 1950’s, followed by a move to Detroit where the group finally hit pay dirt with their Number One R&B hit “(I Just Wanna) Testify” in 1967.

In 1968, George formed Funkadelic in 1968, a visionary band that combined acid rock with primal funk. Funkadelic carried the torch for George’s creative output until 1972 when, in a stroke of genius, George renamed the band Parliament and signed them to Casablanca Records, while Funkadelic  signed with Warner Brothers in 1976.

Clinton now had two powerhouse bands signed to two different labels even though each band consisted of the same members. As George breaks it down, “Parliament was more orchestrated with horns and complicated vocal arrangements while Funkadelic was more a straight up rock band with a heavy rhythm section.”

With the growth of funk as a vibrant musical force, George was churning out landmark hits with both acts. Parliament was hitting with dance floor jams like “Tear the Roof Off the Sucker (Give Up the Funk),” “Aqua Boogie,” “Flashlight,” and “Bop Gun.” Meanwhile, Funakdelic was also hitting hard with anthemic funk jams like “(Not Just) Knee Deep” and “One Nation Under A Groove.”

As the Seventies came to a close, George Clinton soldiered on as a solo act and hit once again with the Number One Urban smash “Atomic Dog.” Times and music changed, but Clinton remained true to the funk and recorded a number of acclaimed albums for Prince’s Paisley Park imprint as well as Epic Records in the 1980’s and ’90’s. And George and his touring band, the P-Funk All Stars, graced the stage at the Woodstock festival as well as on a popular Nike ad during the 2002 NBA playoffs, and a show stopping live performance with OutKast at the 2004 Grammy Awards.

Now the funky worm has turned with George back in control of his creative output with the C Kunspyruhzy label. “I can’t wait to grow this Pfunk thang all over again,” he laughs. “I got the old roots with the live concerts and the new branches with the various band members, as well as my own solo projects.” It’s the best of ALL worlds…all worlds funky that is! 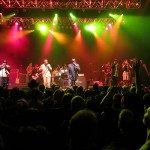 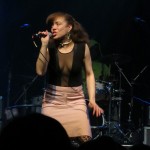 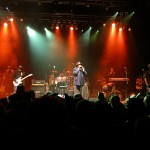 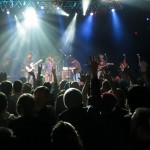